The Tacoma tide flats has maybe a dozen customers served by the BNSF or Union Pacific or both. Many of these operations are intriguing, but one that really interests me is Kleen Blast.

Kleen Blast is an abrasive supply company that sits on one of the Union Pacific spurs that weave through the ride flats. It’s just northwest of the diamond with the BNSF where J Street & 15th Street blend into St. Paul Avenue.

As far as I can tell, Kleen Blast does a large business in sacking and distributing abrasives. I’m not sure if there is some sort of mixing or manufacturing that takes place. Hopper cars are spotted regularly for unloading. 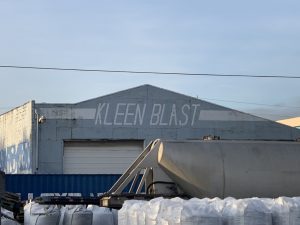 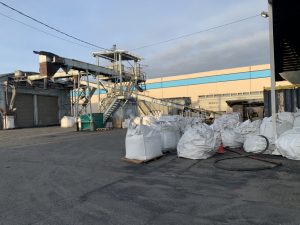 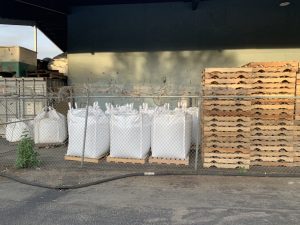 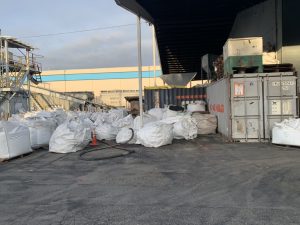 The facility boasts 2 main structures with rail running through both and a conveyor between them. All interesting structures. 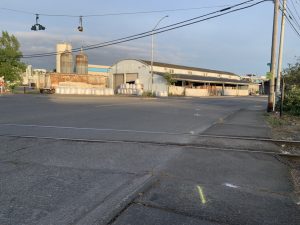 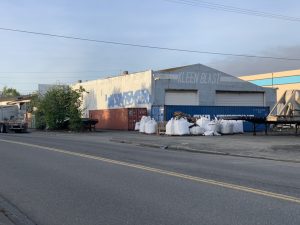 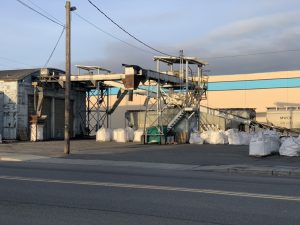 Of particular note are the captured cars that Kleen Blast seems to shuffle around and use for storage. These cars are on tracks that no longer have a connection to the greater railroad system. I’m not sure exactly how many cars are captured, but satellite photos suggest 4-6. 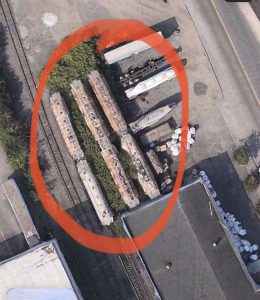 I’m not sure how long the cars have been captured, but by looking at friction bearing trucks I’m guessing since at least 1995 (which I believe is when these were banned in interchange) 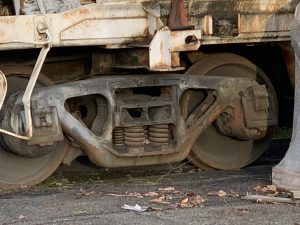 I had no idea that these cars were shuffled around, until I drove by the other night and found car #11 had been pushed from the southeast corner of the property the conveyor located at the middle of the facility. 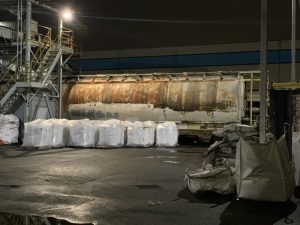 I recently purchased at an Atlas O Cylindrical Hopper that may be a good stand-in for one of these shop cars. 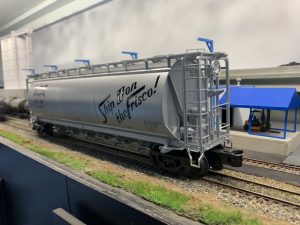 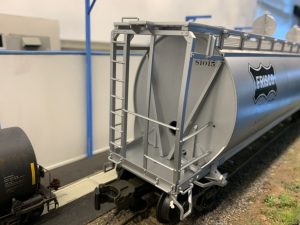 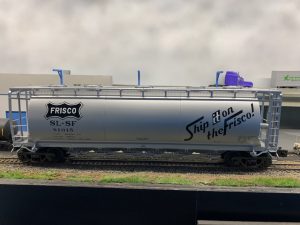 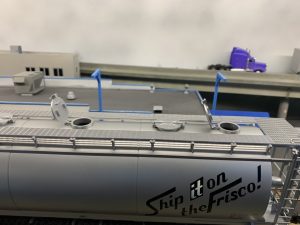 The model seems to be very similar to the prototype, however this car has only five loading doors, I believe the prototype has six. These cars really represent an opportunity for extreme weathering. 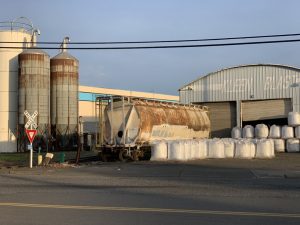 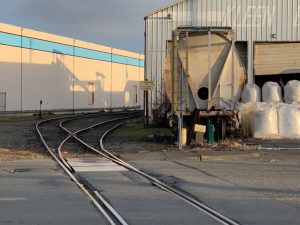 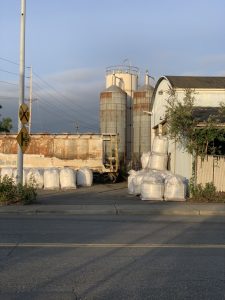 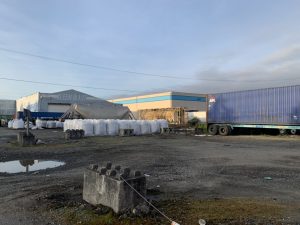 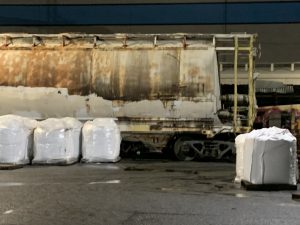 I need to find some more prototype photo to see what the cars at Kleen Blast might have looked like in the 1980s. I’d also like to find out more about these 6 bay hoppers and more about Kleen Blast.